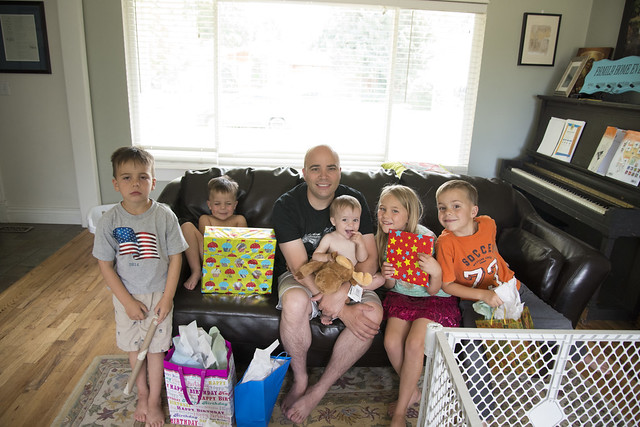 Nate celebrated his first birthday on the same day Calvin was baptized. After the baptism we came home and had a fun family party for him. I don’t think he understood quite what all the fuss was about, but he was happy to be the center of attention.

Some things about Nate at his first birthday:

He gives sweet open-mouthed kisses when ever he feels so inclined. 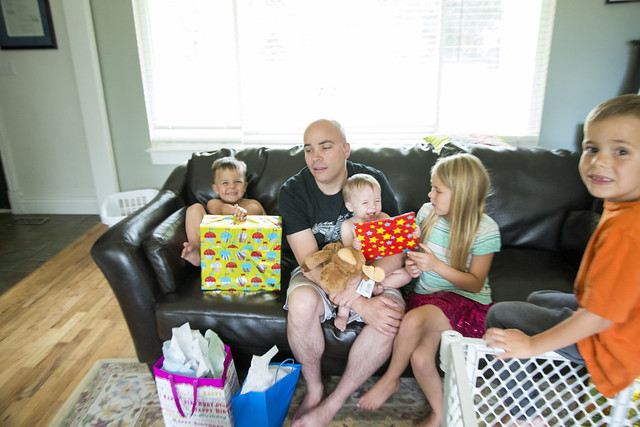 He can war-cry like an Indian, placing his hand over his mouth and batting it to create a volume discrepancy as he sings.

He yells at people. If he wants your attention, he doesn’t cry, he doesn’t fuss. He yells. Quite forcefully. We moved Nate into Everett’s bedroom at the beginning of the summer, and many a morning we have been awakened by Nate yelling at Everett to wake him up. 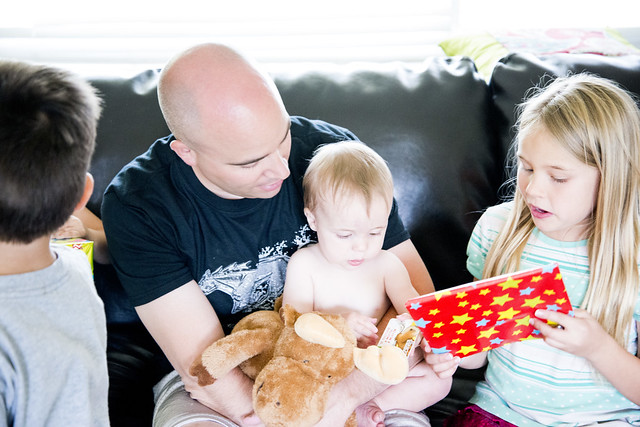 He is a super chill, smiley boy. Kellie has nick-named him “Smiley Shark” because all he ever does is smile. Even when he’s hungry, even when he’s tired, he doesn’t fuss too much. He just smiles on . . .

Some of his other nick names include: Nate the Great, Nate-o-potato, Shark-nato, Tor-nato, and Nate-o-tomato. He rarely goes by plain Nate, and even more rarely Nathaniel.

But I HATE it when people call him Nathan. Which they do . . . a lot. But to me it’s a completely different name. It’s like Carrie and Karen . . . yeah, they’re similar, but they’re different names. Grrrr.