Here is the report of the second half of our trip:

We went to the swap meet/market at Aloha Stadium. We got souvenirs for the kids (Olivia told me later that Mrs. (Laura) Bell asked her while at school if she was missing her parents. She shrugged and said sure, but it would be worth it if she got a ukulele out of the deal – we were happy to oblige).

In the afternoon Wyatt and I went and visited E.E. who lives in Hawaii. It was Leo’s birthday and she was getting ready for a party. We helped her get ready!

That evening we went down to Waikiki to sit at the beach and watch the people go by (we didn’t have swim gear). Then we went to dinner at a restaurant called The Shore Bird. 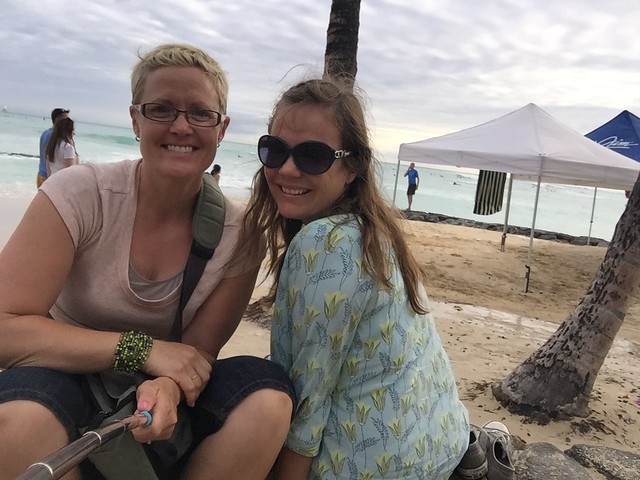 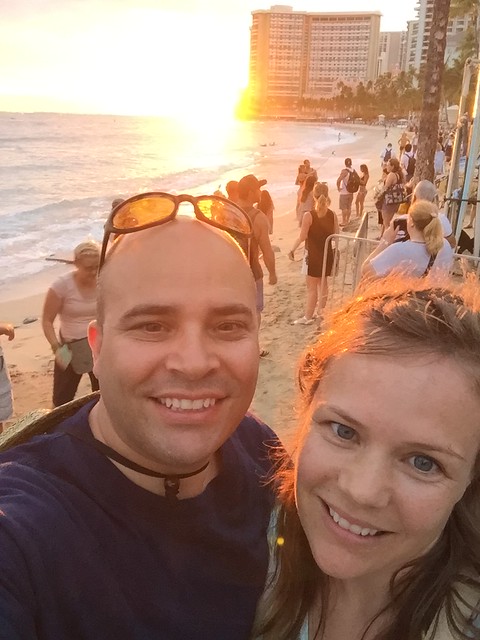 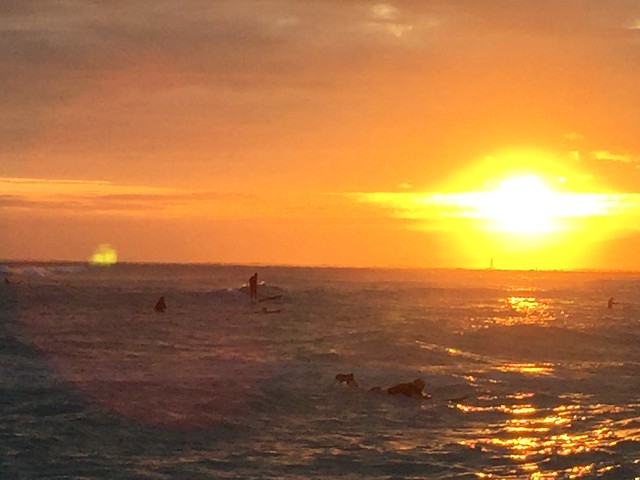 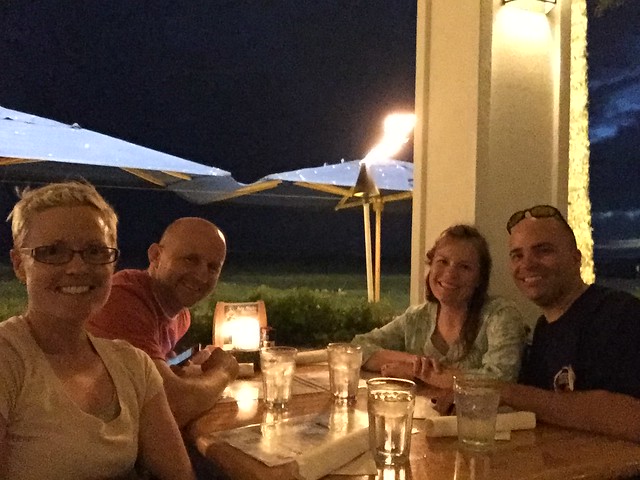 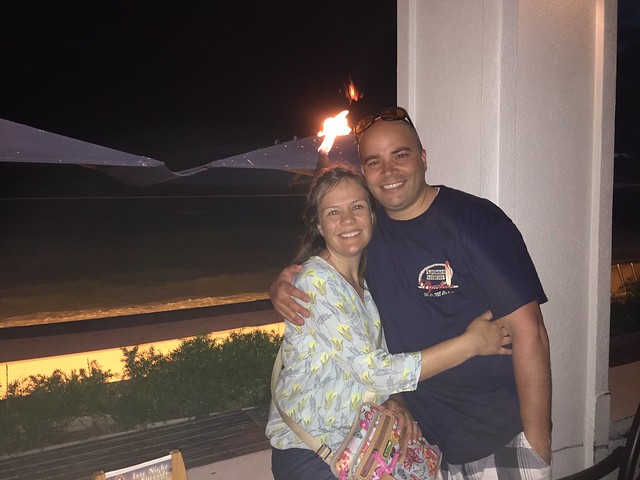 On Sunday: We were going to Pearl Harbor. I ordered tickets to the USS Arizona, which I had heard were hard to get if you didn’t get them ahead of time. But we weren’t really sure what else we would want to see or how hard it would be to get tickets to the other parts. So we decided we’d better be there right when it opened. We got there at 9:05 am. We were able to get our tickets to the Arizona switched to an earlier time (we were set for 2:45 pm, we changed to 9:30 am) and it was a good thing we did because they stopped the tours about 10 am due to winds. We spent the rest of the day wandering around the park listening to all the tours and looking at all the displays. We were there until they closed, we caught the last shuttle from the USS Missouri back to the parking lot, and even had to had over our audio sets through the closed and locked gate. We were sure glad we got to go and spend that time learning about this heart wrenching piece of our American History. It made me so grateful for my many blessings, so proud to be an American, and so somber to think of the sacrifices of those who served and died in World War II. 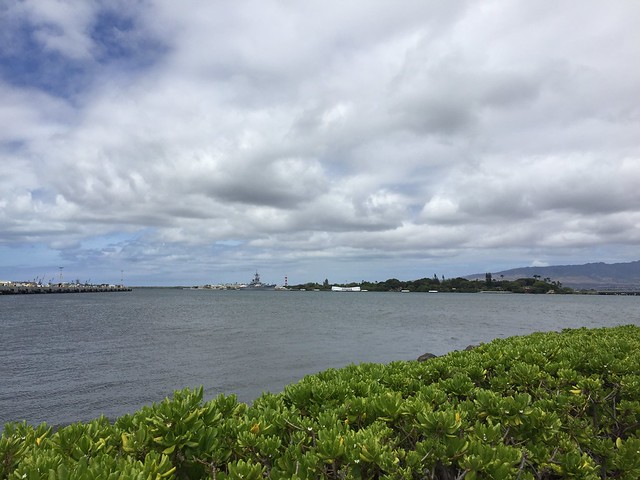 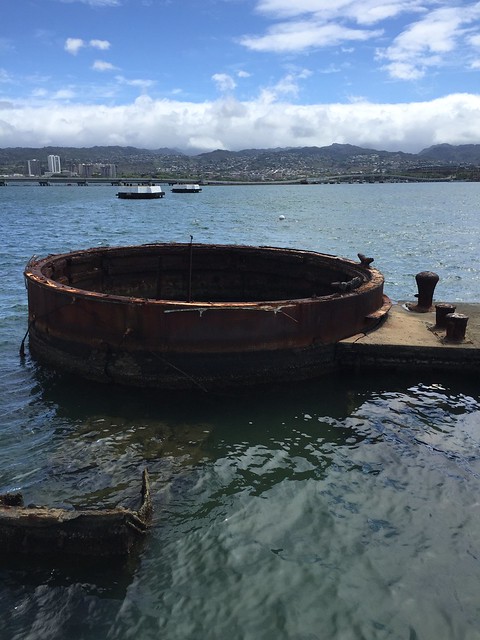 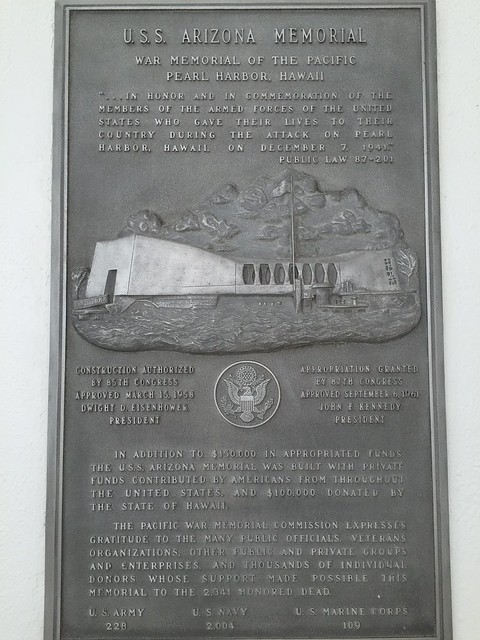 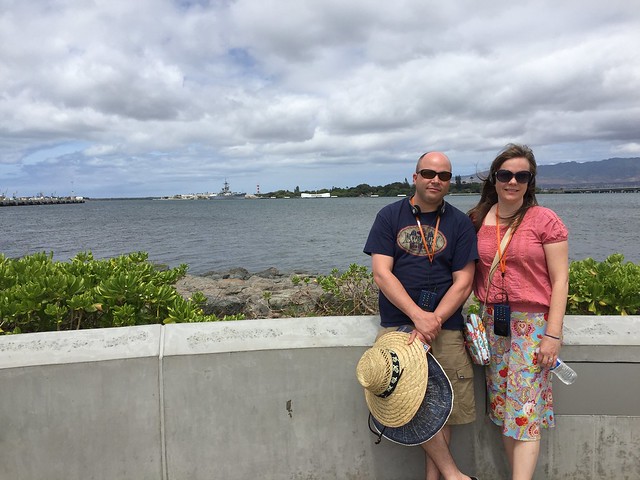 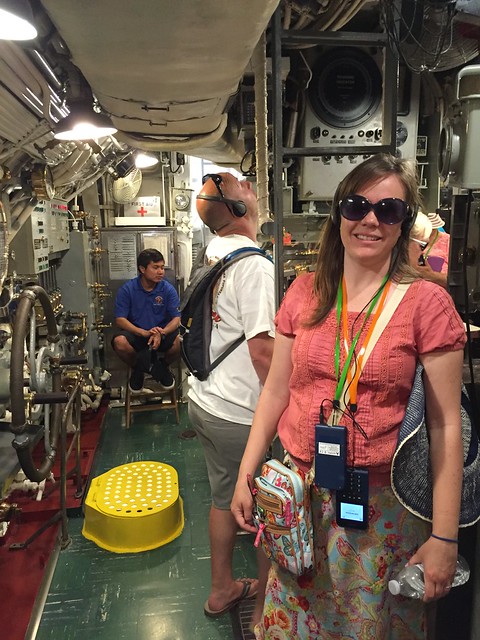 We decided to go back down to Waikiki and spend the day at the beach. It was a relaxing day on the beach.

We were going to go down and snorkel in Hanauma Bay, but it was closed. Luckily we figured that out before we drove all the way there. Instead we turned around and drove up to the North Shore and spend the morning in Haleiwa relaxing on a windy beach (it was a little cool so none of us except Wyatt got in the water).

We went into town to get a shaved ice from Motsumoto’s – the most famous shaved ice on the island so I’m told. It was good. We looked around the shops in the cute little town. Then we went to the Dole plantation.

We went to another luau at the Marriott. It was very similar to the PCC (in fact, everyone in the luau originally worked there), but it was much more interactive and up-close. It was a ton of fun, and we had a fun time looking around the hotel too.

We went back down to Honolulu and this time went snorkeling in Hanauma Bay. It was great time. We were there into the early afternoon.

In the afternoon we went and climbed Diamond Head. It was an easy hike, which is good because doing anything physical when Kellie’s involved can be a little intimidating 😉

That evening we went back up to Laie where Wyatt and I met up with Cy and Emily again for dinner. We just talked and laughed the evening away.

It was our last day! After packing and loading everything up we met up with Emily at White Plains beach (a military beach, she hooked us up) and took some surf lessons. I’m happy to say we all got up! Wyatt got up on his very first ride, the rest of us were up on our second. 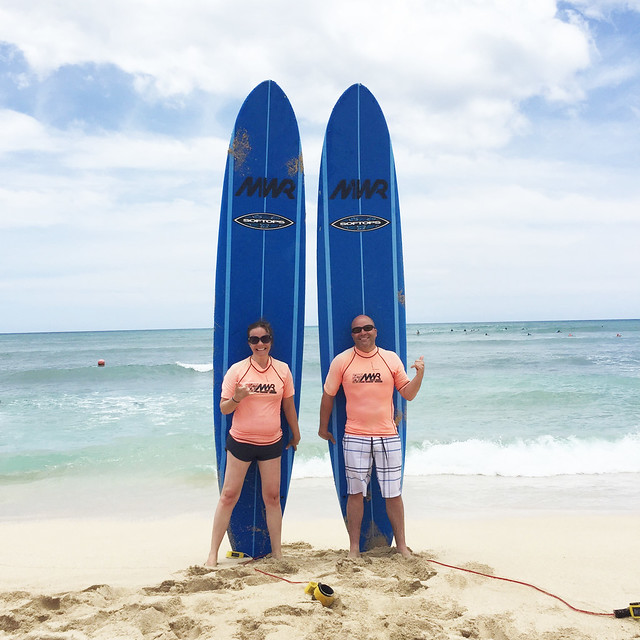 At one point Wyatt and I even caught the same wave and rode it in together! (Too bad there are no pictures of that!)

Surfing was not nearly as hard as we thought it would be in terms of getting up/balance, but way harder than we anticipated in just the paddling out to the waves. We all got pretty wiped/tired.

In the afternoon we went to Costco to get a few last things before we left. Then we went and hike Manoa Falls. It was a beautiful and fun hike!

In the evening we went to dinner at a restaurant called Nicco’s on the pier. It was delicious and fun way to end our Hawaiian vacation!

Then we caught the red eye home.

What a fun and full vacation!