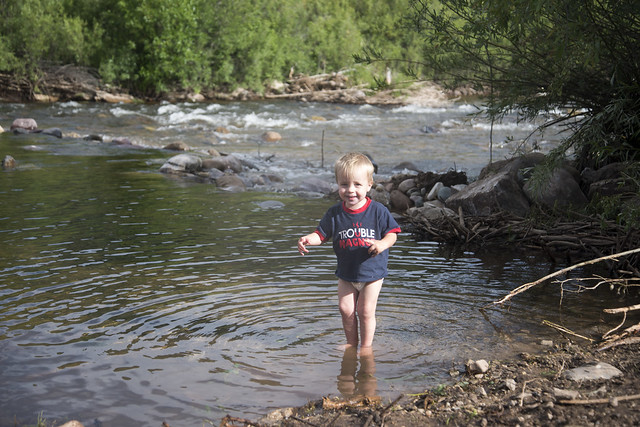 An exciting thing has happened at the cabin this week – On Monday we were there, playing at the river by the entrance into our HOA. The river frontage is owned by the HOA, and people swim/play/bridge jump next to the bridge. But the old bridge (like from 40 years ago) was broken up and left on the side of the {new?} bridge, and there it has sat . . . for 40 years.

On Monday, when were there I said to Wyatt (again) how much I wished they’d break this old bridge up and get rid of it. It’s sharp concrete corners and exposed rebar made me nervous with the littles climbing on it while they played at the river.

Well, yesterday (Saturday) we went up to the cabin again. And guess what? That whole old bridge had been broken up and hauled away. They had cleared a giant area near the bridge of brush and wreckage, and made a nice, level beach (word is they’re bringing in sand later this week). Also, they dredged the river, so now instead of being 3 1/2 feet at the deepest point, so only the little kids could jump off the bridge- now it’s about 9 feet deep right under the bridge, and then gets shallower from there.

But now it’s plenty deep for even adults to swim and play. I had the kids there for 3 hours yesterday, playing and goofing off. Olivia and Calvin both jumped of the bridge, and they all had fun playing with the tube and collecting rocks and making mud pies on the banks. 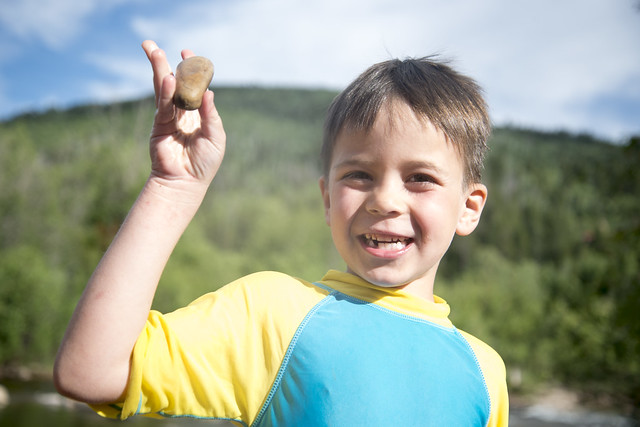 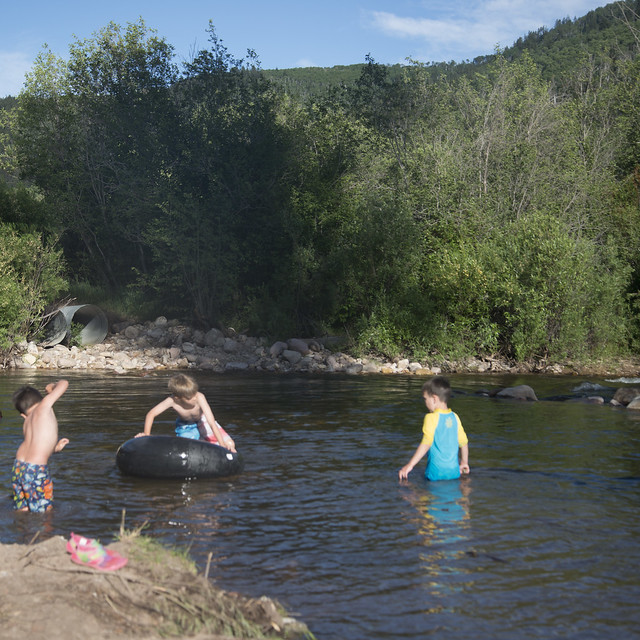 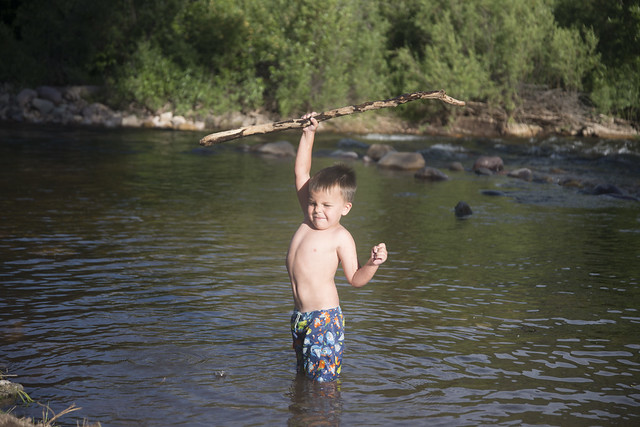