Heidi and Alea and Weston came up to the cabin to play one day. We played at the river, had a seriously yummy bbq and otherwise spent the day playing and relaxing. We even went down to the diner for lunch! 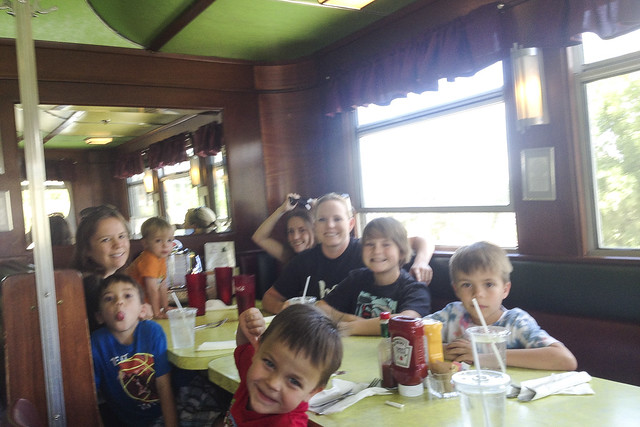 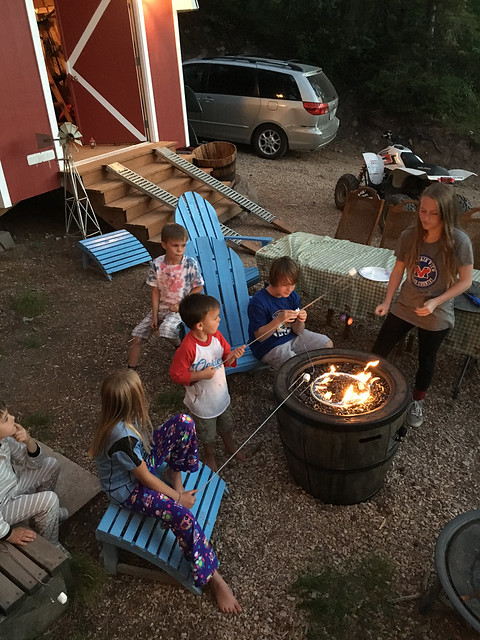 While we were at the cabin with cousins, we went to the river to play. I had even put on a suit and was playing with the kids. And then Roo decided he wanted to be brave and jump off the bridge. Wyatt helped him under the guard rails, and onto the steel beam that juts out over the river. I swam right below them, floating in the water with the tube.

Roo stared down at me – 6 or 8 feet below him, in the darkened waters. His eyes welled with giant crocodile tears and he shook in terror as Wyatt tried to reassure him. Finally I yelled up at him, “Roo, you don’t have to do it!”

And Wyatt repeated the same thing. “Roo, you don’t have to do it.” But just then, this look of sheer determination came over him.

I’ll never forget it, swimming below him, looking up. His body went rigid, and he yelled out against his parent’s temptation to quit: “No, I’m just going to do it!” And then he threw himself out into the void of space between the bridge and the river. Gravity took over, and he splashed down into the water, where I was waiting to grab him.

When we made it to shore, I stood Roo up on the cement stairs, looked him straight into the eyes, and told him: “Now we have to call you Prince Brave of Awesome!” And his face lit up, his eyes sparkled with the joy of realizing what he had done. He jumped one more time that afternoon. And ever since, he has made me write on his plastic cups at the cabin, the name: “Prince Brave of Awesome” 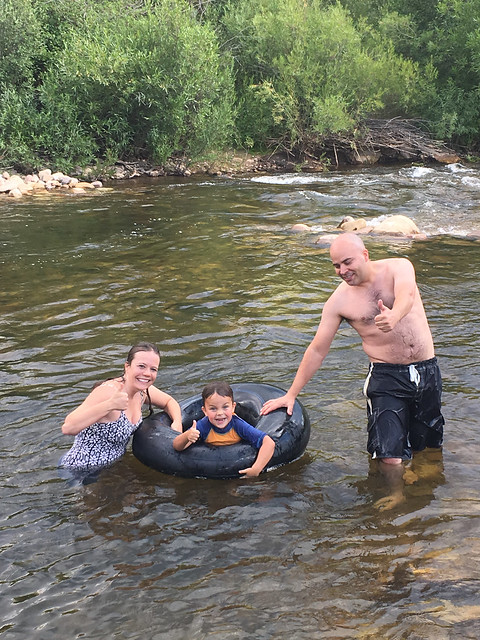 We went to the swimming hole last week, and Everett jumped off the bridge for the first time. The first time he jumped right into my waiting arms. But the next time he just jumped in himself and swam to the side by himself. I was seriously impressed. He’s even done it a couple times since! 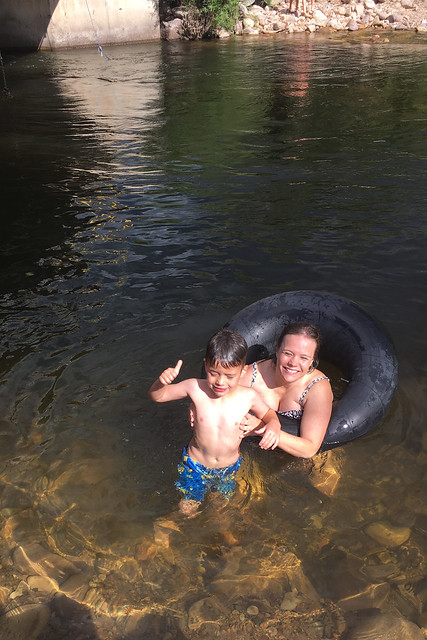