The Logistics of Our Move 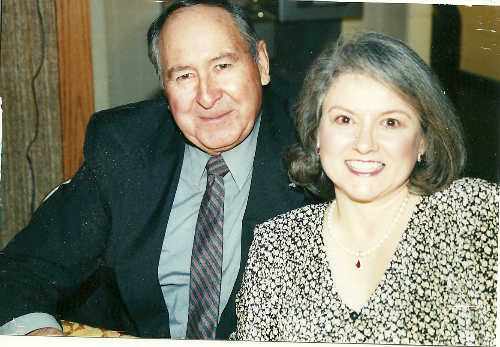 As part of buying the house from the Romero’s we told them we would give them extra time to move out after the closing. They had entire lives within the walls of this home and we knew it would be hard for them, emotionally and physically, to move.

What we didn’t anticipate was just how much help they would need. Of course, Wyatt is never one to shrink when there’s work to be done. He started with the garage in the back. It’s a large shop (30×60) that Leo had built as a wood working shop for himself. It probably hadn’t been cleaned in 10 or 15 years. Wyatt said there was dust and leaves and dirt 18 inches high covering the whole floor. He swept, cleaned and organized the contents, moving them to the front where Leo could easily determine what needed to go, sell, and throw away.

After that Wyatt moved on to the house (now, my complainy side kept asking Wyatt “Where are their children?!” They have 10 kids between the two of them, but in the 8 weeks it took them to move, only one son showed up for about two days to help.) But that’s okay. When it comes to things like that, Wyatt can do the work of 5 guys – he just can. And so he did.

After watching them struggle to carry, pack and move things for a few days (while he was working on the garage for Leo), Wyatt invited himself in and got to work on the house. He moved everything upstairs to the downstairs, lining it up in rows of easily visible boxes for Anna to quickly go through. Anna would walk up and down the aisles that Wyatt created (or sometimes just sit in a chair and direct) telling Wyatt which of three piles each thing needed to be moved to: Move, DI, or Sell. Wyatt would then move each thing into an appropriate pile, and then move the larger piles to where they needed to go: their new house, the DI or a corner for a future yard sale.

When the upstairs was done, Wyatt did the same with the basement. And when the basement was done he helped with the main floor. The Romero’s did have their ward come for one evening of moving stuff over to the new house, but mostly it was Wyatt, day in and day out, going back and forth with truck loads of their belongings, moving them into their new house per Anna’s direction.

About two months after we put the home under contract, and a month after we closed, the Romero’s were able to move over to their new home, and Wyatt and I were ready to start moving in.

On our side things were much simpler. We had already packed our entire house earlier that summer, and it was waiting and ready in boxes in the garage. Most of our furniture had been disassembled and so it was a matter of loading up a moving truck, which Wyatt did with the help of a few of our friends, and bringing things over in one marathon evening. After that there were little things to move over (garden tools from the shed, things like that), but since our house hadn’t sold yet, and we were driving Everett to and from school over there anyway, it didn’t cause too much headache.

The biggest problem we ran into when we moved is that our dryer broke. I was warned last spring by a repair man that our set was really old in washer/dryer terms, and it would probably die any minute, so I wasn’t too surprised, but it couldn’t have happened at a worse time. We bandaided the problem with a dryer from KSL, which lasted about three weeks before it died as well. Finally we went and got one of the cheapest sets we could find from the Christmas sale. It’s not the set I would have gotten if I had more of a choice, but like I said it kinda happened at the worse time possible.

Also, about a week after we moved in I was in that accident that wrecked the van. That added stress to the chaos.

So the move wasn’t perfectly smooth, but we’ve felt the love and blessings of Heavenly Father in each step of this process. And Anna and Leo have now adopted Wyatt as their 11th child, calling him when ever they have something heavy to move 😀