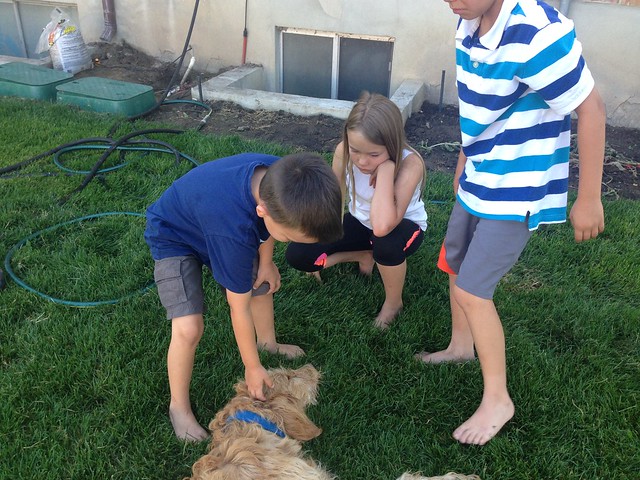 Our sweet puppy, Maverick, got very sick. We figured he ate something (he was always eating socks and other things on the floor) and was having trouble passing it. We waited for a few days to see if he would get better. Finally we took him into the vet.  He was really so sick.

At that point they x-rayed him and found that he had eaten a screw. They wanted to watch him for 24 hours, get him hydrated, and see if he could pass it on his own.

The next day he still hadn’t passed it, and now his internal organs were beginning to swell. They needed to do surgery. But the vet also thought that Maverick would likely do it (eat something he shouldn’t that could cause problems) again and again.

We decided to give him the surgery and then adopt him to a new family (a single woman who is also a vet, and friend of the vet who took care of Maverick) so that he would be in a home where there just wouldn’t be anything on the ground. 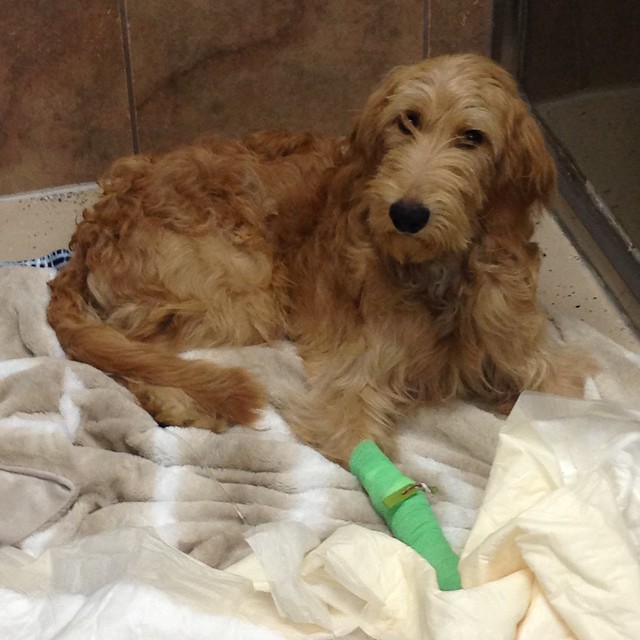 It was such a hard couple days for our family. And now that it’s been a few months, I’m still so sad when I think about him. I know he’s in a great home where he can be watched over, but we sure loved our little Mavi!