I can’t believe my little goosey Sunshine girl has turned 12!

For her birthday we let her have two . . . events. One, she had a late over and watched a movie with some of her friends from the old neighborhood. I think it was probably good for her to see that things have changed in the old neighborhood. I think sometimes things become frozen in our minds as always being the way they were. But when she got together with her little buddies that she spent years with, she learned that none of those girls sit by each other anymore. They aren’t in the same groups of friends. And they have differing opinions on who or what is cool. That was probably a bit of a shock to her, but junior high does that to kids.

For her second event – a real birthday party, we invited all the friends from this neighborhood to the trampoline park. It was my first time ever doing a birthday party where I didn’t put on the birthday party! It was a game changer! Loved it!

And I think she was pretty happy too. 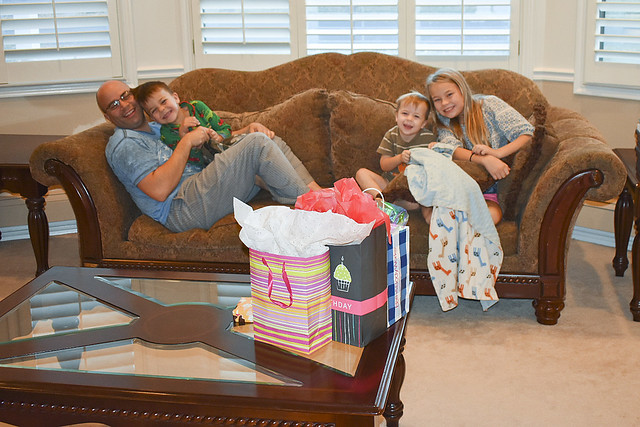