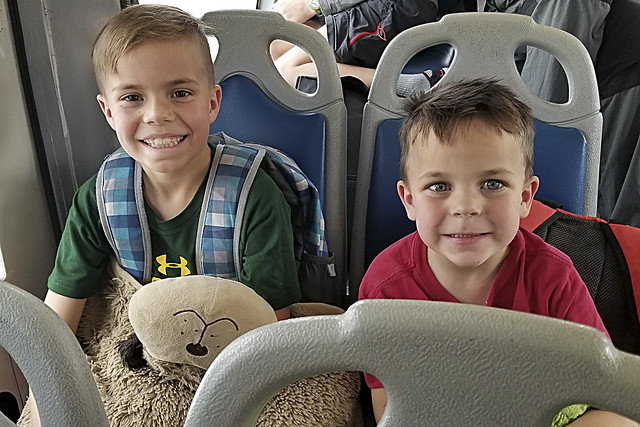 When I checked us into our hotel that first night, I talked to the concierge about getting to the airport in the morning to catch our flight down to Phuket. We needed to get to a different airport on the other side of Bangkok. We would do that by backtracking to the International Airport, and then taking the free shuttle bus to the regional airport where our flight would leave.

“You will need to leave about three hours before your flight” I was told. I set up for the hotel shuttle to take us back to the airport per their suggestion.

The next morning, thanks to some jet lag, we were all wide awake anyway. But we waited and waited until it was time to catch that shuttle and head off. Just as I was getting onto the shuttle I got a text from Wyatt! He had just landed at Bangkok International. But he still had to get off, and thru customs. He didn’t think he would catch the bus/shuttle to the regional airport with us, and would have to follow behind in a Taxi.

He did miss our bus shuttle, but by mere minutes. It was so sad. I think after the stress of going our separate ways in the States, we both would only feel better when we were back together.

So with the kids and I on the shuttle, and Wyatt following close behind in a Taxi, we made our way across town . . .

We sat and sat and sat on the freeway in the middle of downtown Bangkok. Wyatt’s taxi driver took an alternate route and actually got ahead of us. We watched the clock tick in agony, knowing we’d miss our flight if something didn’t change!

Finally the shuttle made it to the airport. Wyatt got there about ten minutes before us and had run ahead to the gate to try and check us in!

In my rush to get all my kiddos and all our luggage off, I left my camera bag on the bus! (more on this later) 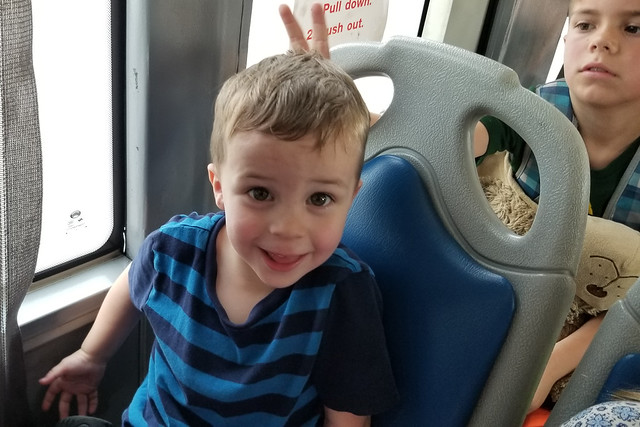 We cruised through the airport trying to get to the counter to catch our flight that was only minutes from departure. We were met with disappointment. They had already closed the flight. We were S.O.L! Then I realized I’d left my camera bag.

Tears, looking around for shuttle station to try and call the operator, etc. etc. Wyatt took the kids and went towards a lost and found when two Thai women who were on the shuttle with us spotted the kids. They had seen that I left my camera bag, and had grabbed it, and were trying to find us to return it.

Oh my! How good are Heavenly Father’s children in this world?! I was so grateful to them. I hugged them and we all took pictures, and tears turned back to laughter as I felt immense gratitude for their honesty and goodness in seeking a way to help me out.

After that, there was only one thing to do: buy tickets to the next flight down to Phuket. We were a little bugged by these blunders – they were starting to add up $$$$! Luckily this was the end of these sorts of mishaps. (Lesson Learned: When you’re awake from jet lag anyway, just go to the airport hours earlier and wait there!) 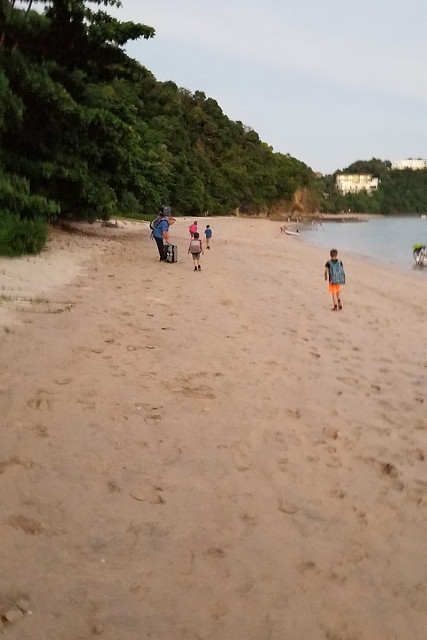 Our little house was right on the beach. There were no roads directly to it. The taxi dropped us off at the nearest road, and we had to walk all our luggage down the beach . . .

So, we caught the next flight to Phuket, caught a taxi to our AirBNB house that we rented, which was on the furthest point on the island from the airport (of course), checked into the AirBNB and settled in. 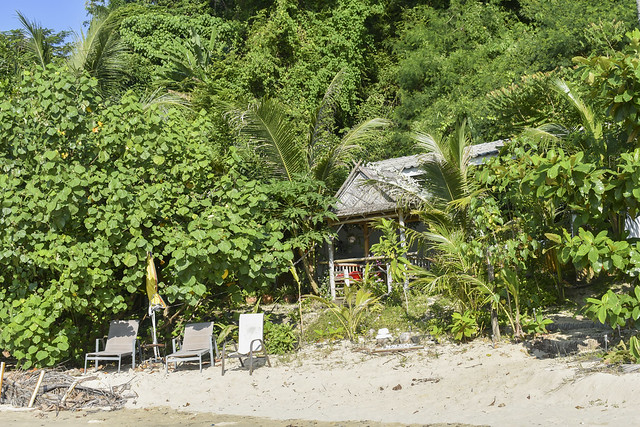