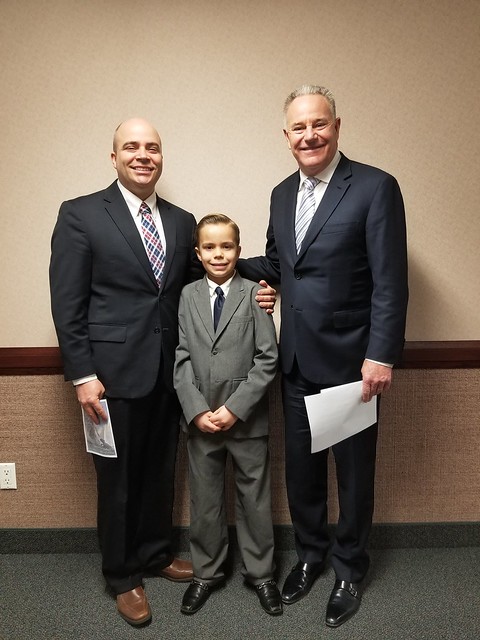 Calvin is Sustained and Ordained to the Priesthood

On Sunday, January 6th, Calvin stood as the Bishop read his name to recommend him to be ordained to the Aaronic Priesthood. I think my heart might have exploded out of my chest. I was so proud of Calvin! He was ready and worthy and I knew it!

On Sunday, January 13th, before church, Calvin was set apart in the Aaronic Priesthood in the office of a deacon. Later at church he passed the sacrament for the first time. He was reverent and careful in his duties. 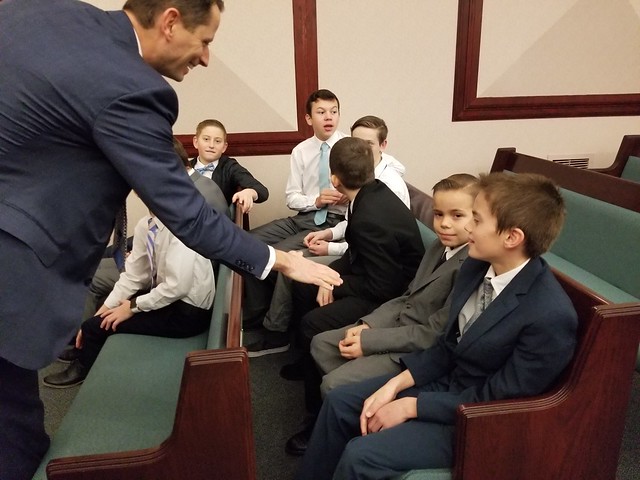 The last week of December (Sunday, December 30th), Calvin sought the Bishop out. He said “I’m going to be one of your new deacons. When can I have my temple and priesthood interview?”

The Bishop took Calvin aside and conducted the interview right then.

This story is full of Calvin-ness. His serious mind and his preparation to do what the Lord has asked. Not only that, but he is proactive in his responsibilities to the Lord. I didn’t think much of Calvin seeking the Bishop out until several other adults who had witnessed it commented on how unusual, mature, and responsible it was.

On Wednesday, January 16th, we took Calvin to the temple for the first time. Without any help from Wyatt or I – or even the suggestion that he do it – he sat at the computer the Sunday before, and searched on his family history account (the account he has had since he was 8 years old and asked the missionaries at the family history library to open it for him) and found 5 names in his family tree that were ready for baptism. He printed the cards and tucked them away so he could do their work on that first temple trip. 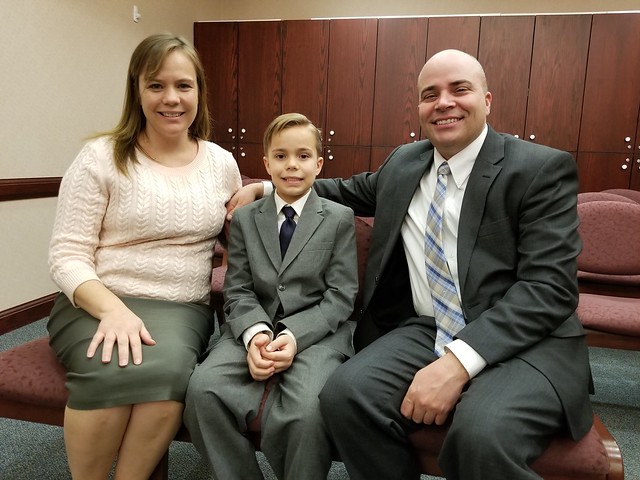 And on Sunday, January 20th, Wyatt received a text from the bishopric. He called Calvin and I both in — apparently the Bishop had called Calvin to be the Deacons quorum president three weeks earlier when he first conducted that interview! Funny, but Calvin had failed to mention it to Wyatt and I. So the bishopric was following up on counselors, and he will be sustained and set apart next Sunday, January 27th.

It has been an exciting and wonderful month for our family!